If Grandpa had been an artist, he might have painted those years away. If he had been an artist, he might have sketched the face of the friend he held in his arms, dying, or painted the feeling of being left for dead all night. If Grandpa had been an artist, we might have something like The Black Paintings to tell us those stories. He wasn’t, and we don’t, but as I walked through the Gordon Smith exhibit at the Vancouver Art Gallery today, looking at the paintings he has created since the 90s reflecting on the time he served in WWII, I realized I don’t need that. Gordon Smith is not my grandfather, but he told a story that was my grandfather’s as well. When an artist reflects on a shared human experience, it is one of the ways that we connect with each other. It’s one of the ways we say “I know you, not just to name you, but I can feel the part of you, that is a part of me”.

As it states in the text of the exhibit at the Vancouver Art Gallery, “Smith eschews a directly biographical reading of [the paintings]”. Smith was badly wounded on the beaches of Pachino, Sicily in July 1943, so I’m sure it would not be hard to find specific biographical experiences to draw on for his paintings. But perhaps Smith understands the purpose of creating art better than most. Perhaps he understands that he is telling all the stories at once, and that this is the greatest power his art can ever hold. I am grateful for this, because as I walked through the exhibit, a man who I had never met, helped me to feel like my grandpa was there beside me, telling me about the things he was not brave enough to when he was alive. 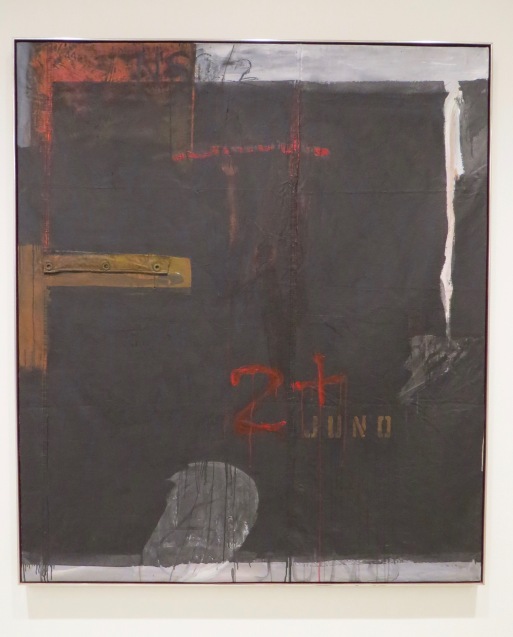 Smith believes that “painting should be a re-creation of an experience, rather than an illustration of an experience.” As a result, The Black Paintings don’t just tell the facts, they tell the feelings and embody the darkness of that time in history. It’s pretty easy to forget the facts. Feelings, on the other hand, are not so easy to forget. The lessons learned in WWII came at such a terrible cost, and it can be hard to communicate those lessons and sacrifices to each new generation. Those who help us remember how that time felt, are the ones who keep those lessons alive and forever in our hearts. 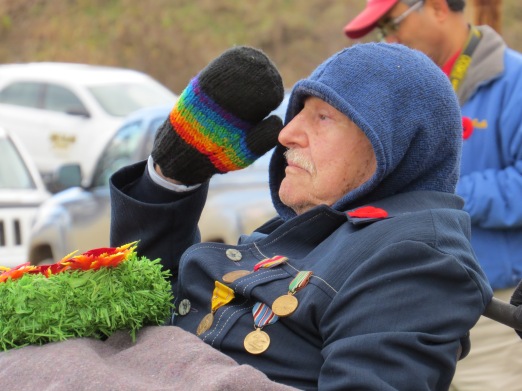 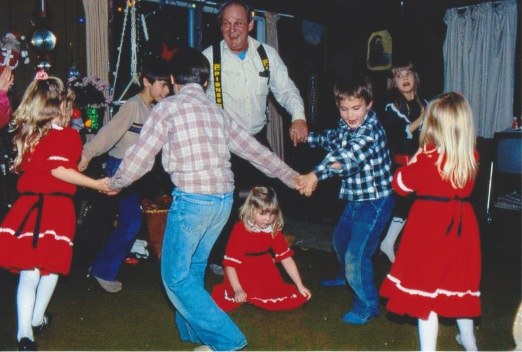 Grandpa didn’t leave us art, but he left us polka!

Quotes by Gordon Smith and facts about his life and art were all taken from the text in the exhibit, The Black Paintings, at the Vancouver Art Gallery.