“The question my date asked was: ‘What makes a great artist?'”

The question my date asked was: “What makes a great artist?” I was a little stumped. Four years studying art history hadn’t really prepared me to answer that question. I tried, with the typical caveats: “it depends who you ask”, “men were usually the ones who made it into the books” and “anyone who happened to be making art that tapped into the art movements as tracked by historians looking back on them.” My answers didn’t really get to the root of the subject, but the question had cracked open the topic in my mind and I haven’t stopped mulling it over since my visit to the Picasso exhibit at the Vancouver Art Gallery. 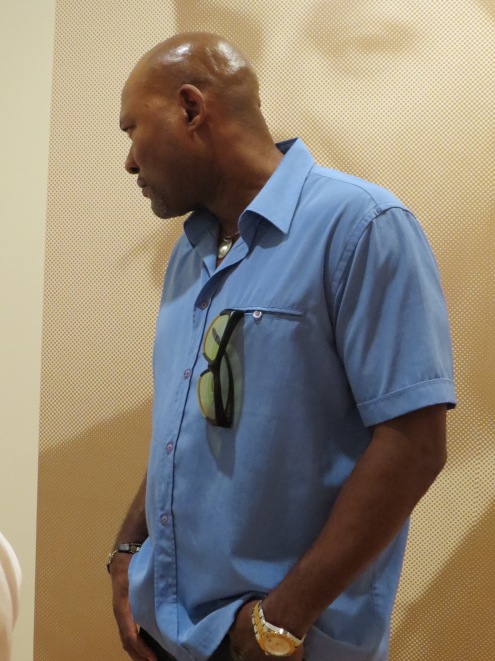 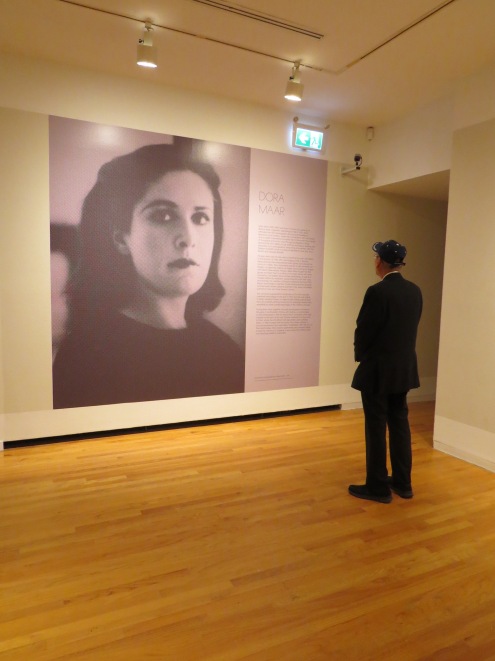 As a woman the first “non-masters” I started exploring were other women. Frida Kahlo, Barbara Kruger and Artemisia Gentileschi quickly became personal heroines and sparked my interest in exploring the sidelines of art history – those who weren’t mentioned in the major movements. I then started moving backwards in time to pre-history when claiming art wasn’t seen as necessary or valuable. The art – or visual legacy – was for the benefit of the community and functioned as part of the health of the community. It was fascinating to look at how “art” functioned differently than it does now in the modern art movements. 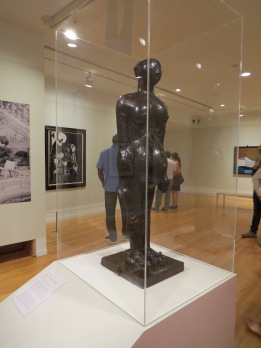 ” … [M]y date that morning pointed out that nearly all … of the women in Picasso’s life were portrayed as menacing and scary later in the relationship.”

Going to the Picasso exhibit brought back some of the questions around how the major artists are portrayed and what the pros and cons are of that. The title of the show is: The Artist and his Muses. As you walk through the exhibit, you walk through each phase of Picasso‘s life as separated by the women he was involved with. It’s not surprising that these stages sometimes overlap considering Picasso fit the stereotype of an artist when it came to women. I didn’t notice this, but my date that morning pointed out that nearly all – with the exception of Jacqueline Roque at the end of his life – of the women in Picasso‘s life were portrayed as menacing and scary later in the relationship. The common denominator? Not the women, but Picasso himself. It makes me wonder, is the study of the major artists more interesting from a social behaviour perspective than an art historical perspective?

“[I]s the study of the major artists more interesting from a social behaviour perspective than an art historical perspective?” 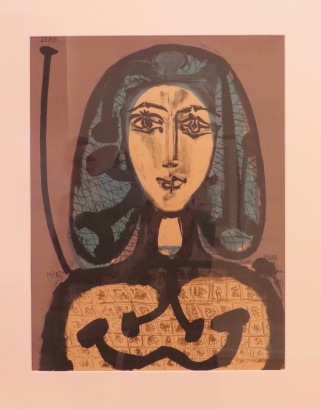 This is, of course, not a criticism of the curatorial choices at the Vancouver Art Gallery. How does one organize a major artist’s works in a way that will engage the public with his life and his work? It has to be simplified. And in fact, it makes for much more interesting analysis than if it had been outside of the box. Yes, I would have liked to see art by Francoise Gilot, one of Picasso‘s partners who was also an artists, but this isn’t a show about his mistresses’ art. Perhaps the change in how we view a major artist is not at all about how it’s curated, how much their art is worth or how often they appear in the history books. Perhaps it is more about how we break apart the facade of these artists we set up as gods in our culture. 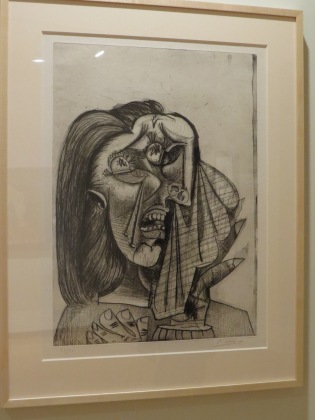 “Picasso is an incredible artist and there is nothing that will change that. But almost 20 years later, visiting the Picasso exhibit here in Vancouver is a different experience for me.”

When I was 20 and newly inspired about art history as my chosen field of study, I visited the Art Gallery of Ontario and saw the Picasso exhibit there. That experience was so impactful for me and I remember being in complete awe of this great artist’s work. Picasso is an incredible artist and there is nothing that will change that. But almost 20 years later, visiting the Picasso exhibit here in Vancouver is a different experience for me. I see through the veil of cultural hype that we buy into and look at Picasso as a man, probably with a very big ego, who made great art but who had very little ability to engage in life and the opposite sex with passion and trust. Maybe this is what makes great art in our culture since this is the state most of us find ourselves in. Maybe it speaks to where we are right now; that tragic push and pull between the masculine and feminine as we try to come to terms with these strange and foreign creatures whom we can’t help but be drawn to. 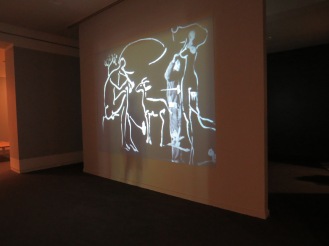 “Could it be that I’m yearning for an art that speaks to a harmony and engaged kind of living that I know humanity is capable of?”

Perhaps that’s why Picasso‘s art didn’t have quite as much influence on me this time around. Could it be that I’m yearning for an art that speaks to a harmony and engaged kind of living that I know humanity is capable of? I wonder if Picasso even found a little bit of that with Jacqueline Roque near the end of his life. The one woman who never appeared to become the thing he feared all women were – if his portrayals of her are accurate. But if great art is simply a very true and real reflection of humanity through the eyes of the artist, then Picasso‘s art really is great art. If great art is art that pushes the boundaries of how we view the world, both internally and externally, through breaking down images in new ways, then Picasso‘s art once again measures up. I don’t think that I could argue that he’s not a great artist. But I still can’t help but imagine, perhaps a little naively, what art would be like that reflected a world full of passion and love and that pushed the boundaries of how we see ourselves and our potential as human beings. And maybe it already exists; I guess that’s my next adventure to discover. 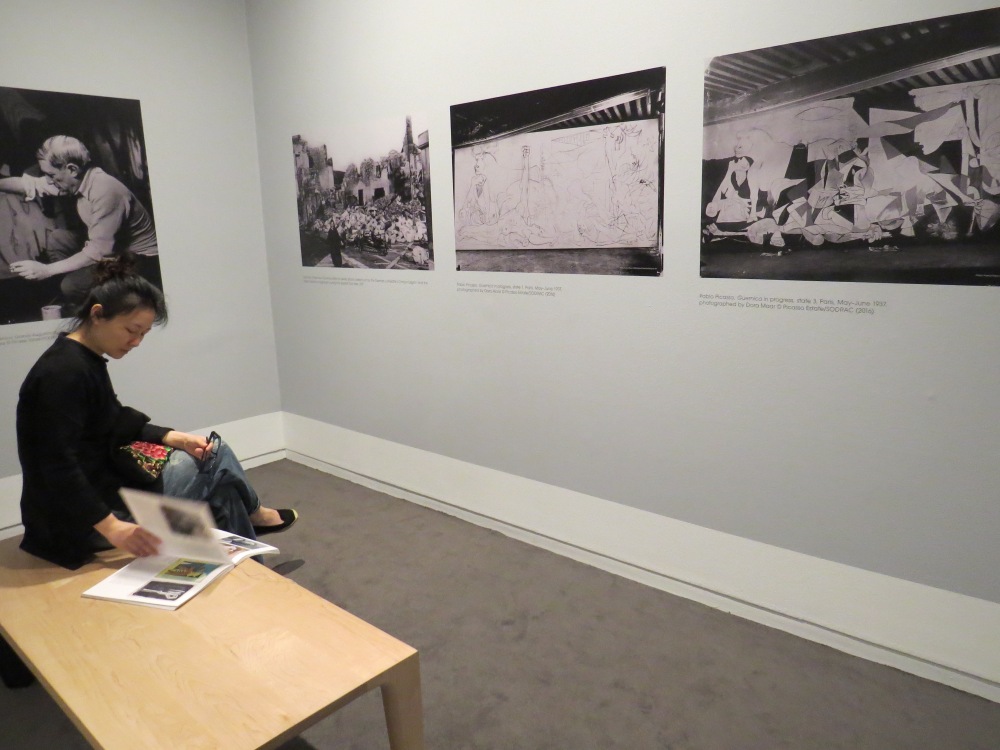